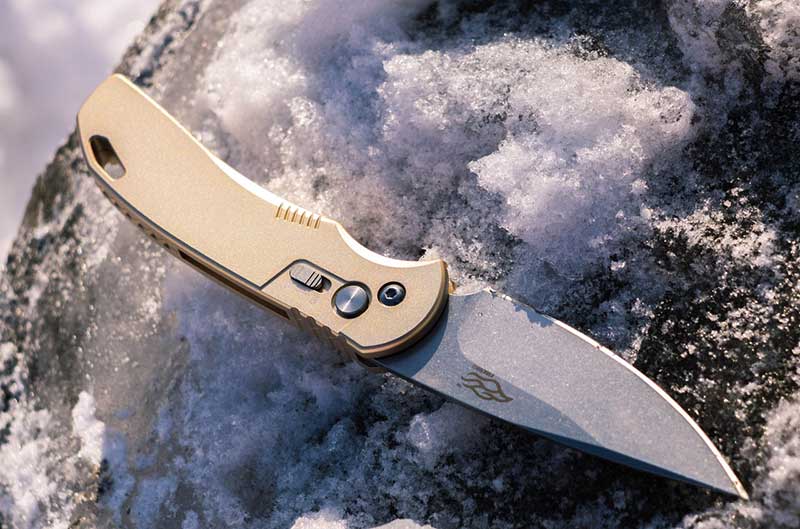 The term “combat knife,” which is also known as a tactical knife and, in some cases, a fighting knife was one that historically referred to those knives issued to military personnel only. And while that still holds true to some degree, the truth is that many non-military personnel—average citizens—now own these types of knives in their personal collections, and some even use them for other purposes.

Since the end of trench warfare, the majority of so-called combat knives are now designed for a number of different purposes, including self-defense, hunting, survival training, etc.

In this article we will introduce you to several different types of combat knives—those originally designed for military servicemen. We will also cover several other types of tactical knives, describing the purpose and characteristics of each knife type.

In this section we will cover a number of different combat-specific knives, giving you a brief description of each knife and how it is typically used.

Also known as a fist knife, push knife, push dirk or T-handled knife, the push dagger is a very short knife that resembles the letter “T” in shape. The knife is meant to be grabbed in the hand so that the blade portion is pointing out, usually emerging from between the 1st and 2nd finger or the 2nd and 3rd finger on the hand.

Not your typical combat knife, the push dagger was specifically designed for stabbing someone from behind rather than for close quarters fighting. When held, the blade of the push dagger should be horizontal to the ground.

It is typically made with a lightweight aluminum handle with a built in grip that is molded for bare-hand holding. The push dagger is also equipped with spaces for the fingers, and a steel rounded knuckle is designed to cover the last three fingers on the holding hand.

The blade on the push dagger is double-edged with a flattened diamond cross section. From the tip of the blade to the back of the grip the entire knife measures just a little more than 7 inches.

The Bowie Knife—or fixation bowie knife—is one of the best blades on the planet for combat situations. The knife is equipped with a number of distinctive features that make it a great fighting knife.

Some of these include a wraparound checkered handle, blade grooves and seamless fits between the blade and cross guard. The Bowie knife is also designed with thumb notches, spanner nuts and a cross guard cut-out, all of which make this a truly distinctive knife and a very dangerous weapon.

The Bowie knife is very agile and has great balance and proportion. It is equipped with a lengthy 7-inch blade and measures just over 12 inches from handle to tip.

Used by America’s greatest fighting force, the U.S. Navy Seals, the SOG Seal Knife 2000, as it is otherwise known, is made specifically for this branch of the service. An elite group of soldiers make up the Navy Seals, and only those that can withstand the toughest training program on the planet qualify.

The blade on the weapon is powder coated to ensure it will never rust or oxidize, and the long ergonomic handle with deep finger grooves ensures a great grip in any and all weather conditions.

The Seal knife is equipped with an extended tang for glass breaking and hammering purposes and all knives come with a Nylon carry sheath for easy carrying.

The Fairbairn-Sykes Fighting Knife, also known simply as the F-S fighting knife, was originally developed in 1941. At the time, the knife was made specifically for British commandos and marine raiders who fought during the Second World War.

Used for both thrusting and slashing it is a very effective combat weapon, especially when used for surprise attacks and close quarters fighting. The knife gets its name from its original developers, William Ewart Fairbairn and Eric Anthony Sykes.

A very popular knife among collectors, the Fairbairn-Sykes Fighting Knife has a 19 centimeter (7.25 inches) blade and measures roughly 12 inches in total length.

Developed by Charles A. “Mickey” Finn in 1984, the M-9 Bayonet is a multi-purpose knife that is also great for fighting. Equipped with a black, powder-coated blade that measures 7 inches in length and 0.235 inches in thickness, the total length of the M-9 Bayonet is 12.125 inches.

The M-9 Bayonet has many unique features, including LBE belt attachment clips with a quick release, a hearty sheath equipped with strapped loops and a pivot pin, which when used with the knife forms an emergency wire cutter. With all of these cool features the M-9 Bayonet is a great tool to have in the field.

The bayonet has saw teeth that were carefully milled on the back of the blade and a black oxide protective finish that resists rust. The handle is made from a durable black and textured thermoplastic nylon handle and all reproductions of the blade are made in the United States.

The Gerber Mark II Fighting Knife is a combat knife that was used mostly between the years of 1967 and 2000, although there was a limited run of the knives (1500 made) in 2002. Designed by a now-retired Army Captain by the name of Bud Holzmann, the Gerber Mark II was considered a fighting knife up until 1970.

However, after that year the military bases and post exchanges stopped selling the Gerber Mark II Fighting Knife. The knife later emerged as a type of survival knife, mostly because of the saw tooth serrations towards the hilt of the blade.

The Gerber Mark II Fighting Knife measures 12 inches in total length and features a 6.75 inch blade. On each side of the diamond cross-section shaped blade you will find double wide serrations that allow the knife to perform a variety of different functions.

The handle is made from a single piece of black cast metal, on which the word GERBER is etched. For many years the military included this knife in the U.S. Army’s survival kit for paratroopers.

In this section we will very briefly introduce you to a few other types of technical and tactical knives, those used for other purposes besides fighting.

A hunting knife, as the name implies, is a knife that is typically used by hunters when field dressing their kills in the wild. This is not to be confused with the hunting dagger, a weapon that is used mainly to hunt game in the wild.

Not intended for stabling but rather for cutting, the hunting knife is usually equipped with a blade that has a single sharpened cutting edge and a rounded tip. On some hunting knives the blade may be slightly curved, a design specific that makes skinning an animal much easier to perform.

Some of the blades on different hunting knives have what is known as a gut-hook, which can be very beneficial in the field when you have to field dress a large animal.

The survival knife typically can be used for many different purposes and is designed mainly for those who spend much of their time in the wilderness. These knives have a number of unique features that make them very handy in survival situations.

They can be used for trapping and skinning, carving, cutting wood and heavy plants, and more. These types of knives are usually equipped with a thick, heavy blade with a single edge, and often have a small serrated or saw tooth section near the hilt of the knife.

As an extra-cool feature, many survival knives have a compartment on the back of the knife handle, where survivalists can put things like matches and flint.

Made almost exclusively for self-defense purposes, the boot knife is one that is made to be concealed in the wearer’s boot or under the pants leg. Boot knives are smaller than most traditional tactical knives and they usually have a fixed blade.

When purchasing one of these knives you will notice that it always comes with a sheath. This sheath is then attached to the boot or lower leg using some type of sturdy cord. Most boot knives have a blade that measures 3-4 inches in length and the total length of the knife is rarely more than 8 inches.

Finally, a dive knife is a type of tactical knife that is used exclusively by underwater divers and spear fishermen as part of their overall gear. The dive knife has many potential purposes both on the boat and in the water.

The most important of these is to cut away from any entanglements (fishing line, etc) should you become stuck when diving—a predicament that can be fatal. Dive knives vary in length and style and usually come with hardware that makes it easy to attach them to the diver’s leg when underwater.